Here’s an interesting situation I came across in one of my projects:

The client has clickstream data in the broadest sense. For classifying the page clicks, they had a number of content groups and they wanted to count their metrics by content group.

What they did in their existing system looked something like this:

So, there is a long list of conditional queries that are glued together by UNION ALL clauses. This was slow and hard to maintain.

It turns out that this type of query pattern can be very elegantly modeled in Apache Druid with multi-value dimensions (MVD). Let’s give it a try!

As usual, I am going to use a tiny data set that I am pasting directly into the wizard: 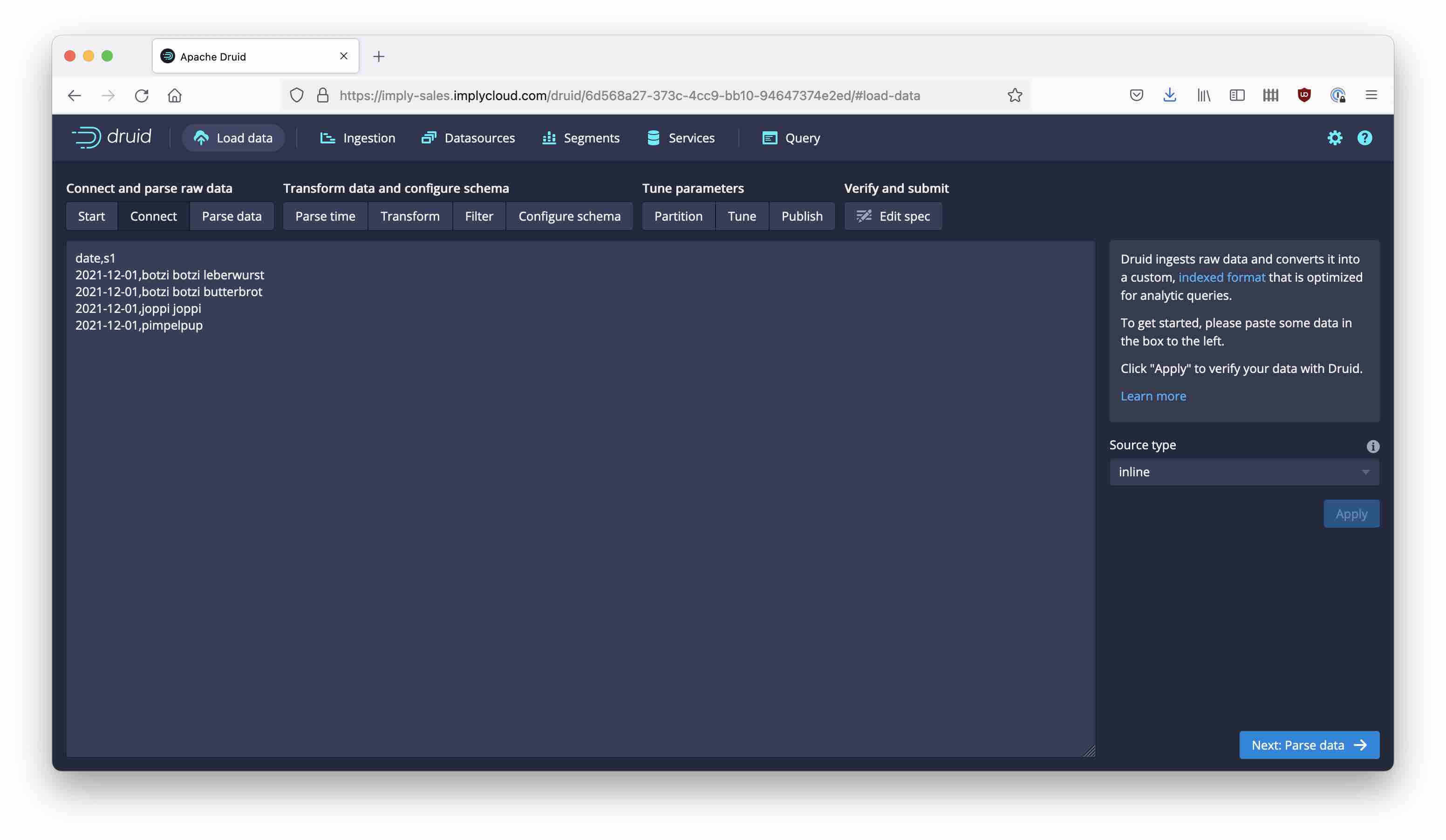 Parse this as csv and proceed to the Transform stage in the wizard.

We are going to assign tags to the text bits (which happen to come from one of my youngest boy’s kids books), and we are going to apply two different sets of rules: 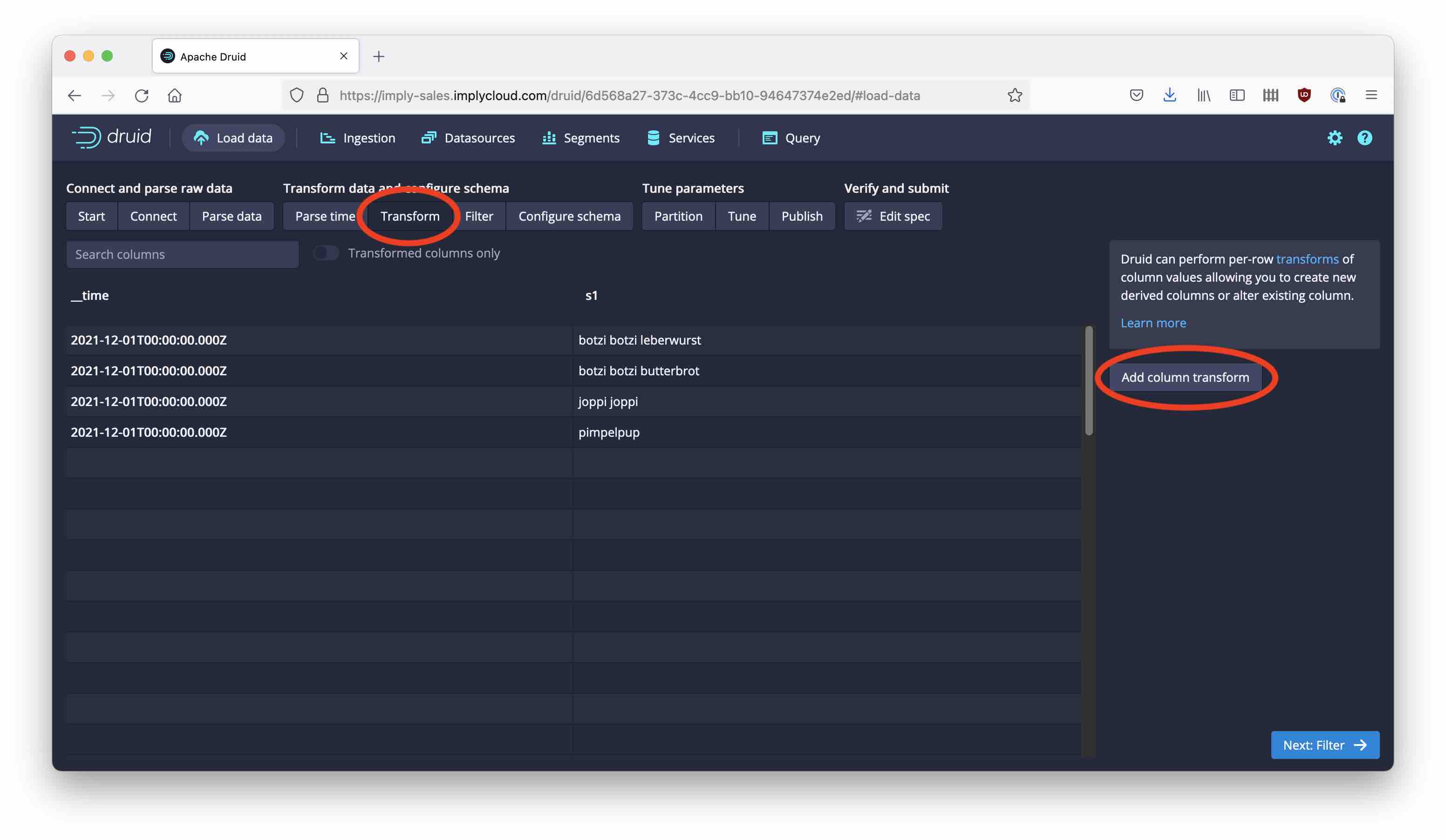 For the transformation expression, enter this text: 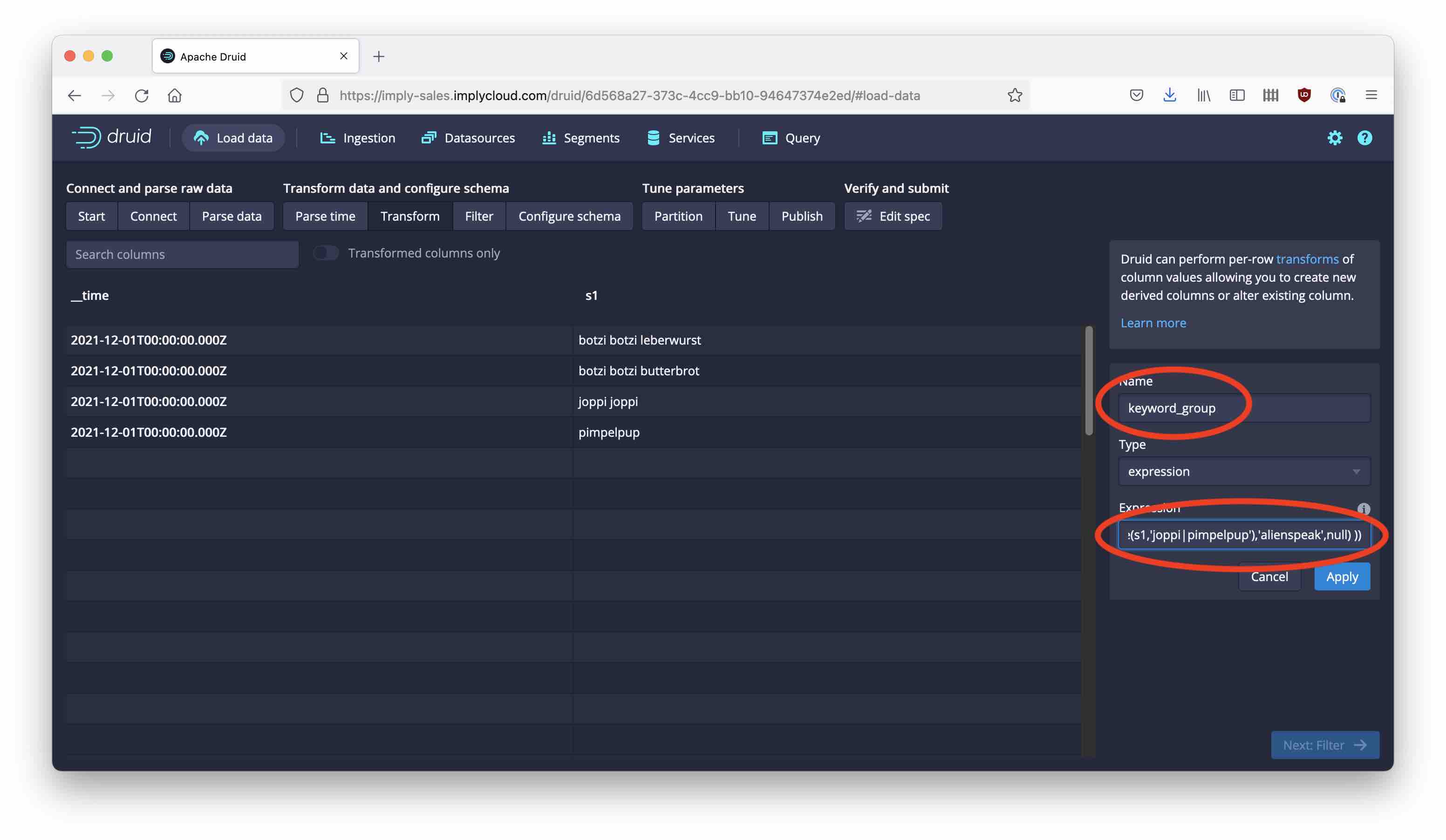 What have we done here?

Look at the result:

The original query has been much simplified!